The Hunted reviewed on PaulaZone!

Today's Post however celebrates Virtual Book Tour #22 - Authoress of the night - Ami Blackwelder and to celebrate I have a review of her book "The Hunted of 2060" , some new and up-coming releases and a guest blog from the Night Sky of Ami B.


The Hunted 2060 Review :
Think forward many years and decades into the future , the world is similar yet different than what we know exists today , technology has advanced but not to the extreme of hovering cars and bunker houses that talk to you -think Eureka the TV Series. Though the world is still advanced with techonolgy from robotic lunch ladies to class schedules sent on electronic devices, though in modern society I guess it won't be too long till schedules and homework is sent through cellphones and text messaging. In terms of the animals and creatures that once roamed the earth hiding their true forms from anybody, that has all been destroyed . Two sisters , sent to be hidden among the human race and protected from those who hunted them are about to discover who they are and what they are. On a race against time to save themselves and the ones they love from the Rogue Militant - April and her sister along with their loved ones must do everything in theuir power to protect and save their kind from extinction. As April and her friend Robert are chucked into this unknown world ,will their newly found love stand the strains of time and will Robert be able to commit as he discovers what life would be with both sides of April. Her human self and the beast inside. An action packed story that keeps readers entertained and Ami the author has done a wonderful job in setting it in the future without going overboard on the futuristic like some Sci-Fi's authors do. This book is for those who love Romances .chicklits with a hint of Supernatural and Sci-Fi served on the side in meat format. Parts of the book reminded me of the movie Starring Josh Jackson Cursed with a hint of Keri Arthur's Riley Jenson series. 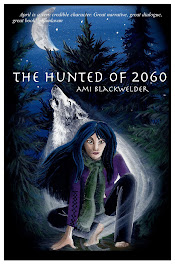 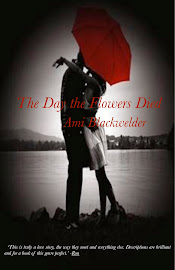 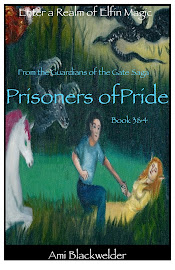 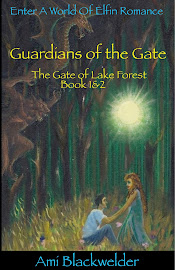 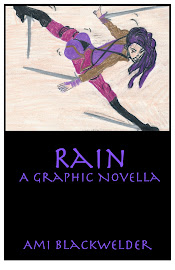 From the Night Sky of Ami B:
GUEST BLOG:

Thanks to Paula for having me on today, and to you for joining me as I celebrate the
release of
The Hunted of 2060 by Ami Blackwelder!

Watch The Hunted of 2060 video at uTube: http://www.youtube.com/watch?v=P0wBlTN9U0w


The Hunted of 2060 is an original, dark, and unpredictable sci-fi romance.


Set in Alaska in 2060, when April enters her Sophomore year at University, she thought Robert might be the love of her life, but as she discovers, she is hiding something inside her, something the rest of the world believes to have died out. She struggles with who she was and who she is becoming as she learns of a family she never knew existed and of enemies she will have to outrun, outfight or outwit to survive. As April embraces her new identity, will she have to leave the life she loves behind?


With underlining themes of animal/wildlife conservation, and how prejudice breaks human connections, this novel which has received rave reviews will leave the reader flipping through the pages of April’s story.

Learn more about the author at   http://amiblackwelder.com


What ways is a chasm forming between humanity and wildlife?
How could this disconnect be restored?
What are some examples of prejudice you have seen in your life?
Have you ever been a victim of prejudice?
What ways could humanity work to rebuild the bridges between cultures and ethnicities?

‘I have read enough to see that you have a fine story here, Ami. I skipped a couple of chapters, but still found the whole thing very interesting. The way you have spread the story out is very good, as a book, I think you have the makings of a good seller here.’ - Fromante


‘This is a very well structured piece of writing. I very much like how you create
the opening atmosphere using a good range of strong sensory descriptions. Very powerful! Also what is very good is the suspense you build by what you don’t tell. this sets up the storyline so very well. You build a very credible character in April. Great narrative, great dialogue, great book!’ - Famlavan


‘The pitch is great and the writing solid. The imagery is touchable with fluid
narrative. The secret is well revealed and I liked the fact it came as a surprise to the character too. You can almost feel there is another world shivering in the background waiting to pounce.’ - Owen Quinn

‘Wow. This is a good story. I like the way you hint in chapter one that something big is wrong with April but then take your time revealing that - makes this a suspenseful read. It also makes April a sympathetic character, because she's as in the dark as much as your reader in the beginning. Well done.’  - Burgio
‘Such an interesting idea! That and you've set it in an amazing location. You write very well and I really love your style. It drew me in right away. I find the changes coming over April very intriguing, it makes me want to read on and find out what is happening. All the little details of life in this future world seem real too; so good job with your descriptions. I really enjoyed this.’ -Missy

CONTEST GIVEAWAY: Author Ami Blackwelder will be giving away a signed copy of The
Hunted of 2060 to one lucky sender who answers the above questions and sends it to...touch-of-grace@hotmail.com (SUBJECT:BOOK CONTEST).