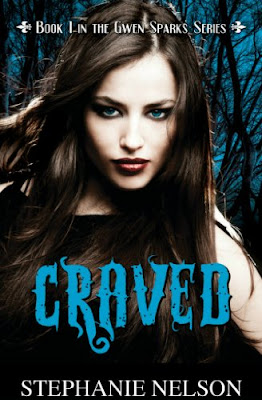 I was expecting to love this, but so far it is alright. I like the whole idea of various paranormal beings, and the lead being a witch. Love the mystery interwoven...but the relationship between the vamp and witch didn't feel real for me. She's been dodging him two years and then all of a sudden she wants him. There wasn't enough build for it to be believable. Also, She is a witch, but she is special with all these extra abilities. A cliche. Also, the whole Micah all of a sudden likes her too, -a love triangle. Could we be less original?

I do love the aspect of the vampires sucking Witches blood and the whole maybe a Warlock is behind it thing. That was a cool twist, but I wish the blood-sucking aspect was kept a mystery for a bit longer and not revealed at the beginning so that when we find out piece by piece it is like, Wow! But that was at least original.

Despite that, I do like that it is a fun, easy read. But it needs more depth for me to mark any higher than 3 stars. I think by the end ... this deserves 3.5 stars. I think paranormal YA will like it.

Posted by Amy Blackwelder at 9:47 AM