Please Welcome Imogen Rose!
She is a Best Seller in YA Science Fiction/ Paranormal on Kindle and Nook!  Visit her blogs with the links at the bottom of this page.
She sales over 5,000 book a month! 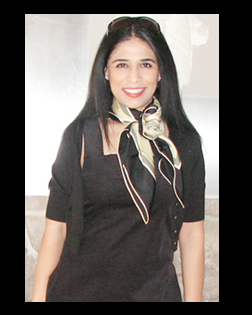 1) What inspires your writing, your muse?
Everything around me–my own life, and untapped aspects of my personality.
2) If you couldn't write, what would you do?
I am an immunologist by profession, so I would probably stick to that, but I would still need a creative outlet. Before I started writing, I was into photography and digital art.
3) Who is your favorite author? Book?
George Orwell. 1984.
4) When did you know you wanted to be a writer?
It hit me after I had finished writing and publishing my first book, Portal. I felt the need to continue writing the story.
5) Have you gone the traditional route? Indie route? or both?
Just the indie route for now. I do have an agent, though, so I have no idea what will happen in the future.
6) What advice can you give for writers out there looking to promote?
Try everything you can think of. Study the process successful indies have used to get where they are, especially those in the same genre.
7) Name three places readers can find you?
Facebook, Twitter, and at Al’s Place in the Amazon Kindle forum.
8) Tea or coffee?
Both.
9) Morning or night?
Very definitely night! You don’t want to bump into me in the mornings.
10) Cats or dogs?
Dogs. Cats scare me. 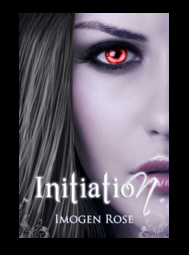 Imogen Rose is the author of the bestselling YA series, the Portal Chronicles. She was born in a small town in Sweden and moved to London in her twenties. After obtaining a PhD in immunology from Imperial College, she moved with her family to New Jersey, where she’s been based for the past ten years.
For as long as she can remember, Imogen has dreamt stories. Stories that continued from night to night, from dream to dream. So, even as a child, going to bed was never an issue, just an anticipation of the story to come.
PORTAL, Imogen’s first novel, would have remained in her imagination, to be shared only with her daughter, Lauren, had her eight-year-old not insisted that she write it down. In the course of a month, Imogen typed while Lauren waited eagerly by the printer for the pages to appear, and a novel took shape.
The warm reception PORTAL received encouraged her to continue with the story and the Portal Chronicles.  FAUSTINE is Imogen’s first book in her new series, the Bonfire Chronicles. INITIATION is the first book in the Bonfire Academy series, the prequel to the Bonfire Chronicles.
Imogen is a self-confessed Hermès addict who enjoys shopping, traveling, watching movies and playing with her dog, Tallulah.
Imogen
Website
Blog
Facebook
Twitter
Pinterest
Posted by Amy Blackwelder at 7:18 AM