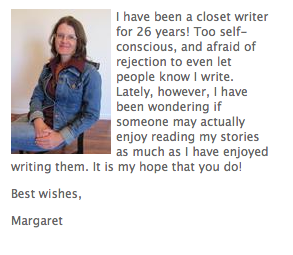 INTERVIEW with Margaret Chatwin
--The Twitter version: tell us about your book in 140 characters or less.
An unforgiving justice system imprisons two teens for the crime of defending themselves. Escape isn’t an option, but survival may not be one either.

-How did you get the idea for the story?

Three things factored into that, really. The first was a book. Although 101 has nothing to do with religion, I actually got part of the idea from a religious based history book. The story followed two groups of people that were constantly at war with one another. The one group just wanted to live their lives in peace, but the bullies living across the way couldn’t seem to leave them alone.
The stories of war, the way they prepared for, and executed it, has always intrigued me, so I let that play into 101.

The second thing, and the thing that helped me come up with the idea of the NAO, (which is a new form of justice system) is that I’ve always been fascinated with the concept of mercy and forgiveness. Some people lack it and I started to wonder what life would be like if everyone jumped to conclusions. If no one ever got a chance to explain, and if we were instantly punished for our crimes.

The third thing is that I’ve always believed in the power of one. One person CAN make a difference, either for good or bad. Take Thomas Edison or Hitler for example. Each was only one person but look what an impact they had on the world.

You may think you’re just some little nobody, but you’re not. You have amazing abilities. I just wanted to illustrate that in my book 101.

--Which character would you most/least like to have dinner with?

From my book 101? Humm, I’m thinking I’d most like to have dinner with Riker. Because, although he’s a bit of a side character, he’s the one most like me. I just think we’d get along great. But I really like the main character, Trigg, as well. It would be a toss up. I guess it would come down to who was doing the cooking. :)

--What are some of your favorite books? Do you still have much time to read?

I never have read much. As a child I wasn’t a very fluent reader. As a teen I had a very difficult time finding books that matched my style and could hold my interest. Then, as a young adult I developed some issues with my eyes that left me with headaches if I read too much. My eyes are getting much better, now, and I’ve found myself reading more and more, but still not a lot. Probably just because I never formed the habit. I do love books though! I love to have them near me even if I can’t or don’t read them.

Out of the books I have read, my favorite children’s book is: Pig Pig Grows up, by David McPhail. A cute, cute story with a really great ending.

My favorite YA book will always be The Outsiders, by S. E. Hinton. That was the first novel I ever connected to and also the one that gave me the most inspiration to write.

As far as an adult novel goes, I really like The Night Watchman, by Mark Mynheir. It just has some really witty one-liners that I got a huge kick out of.

--Do you have any other works in progress? Any teasers or release dates?

I’m always working on something, even if I don’t finish or publish it. I’m addicted to writing and I do it day and night. Currently I am working on revamping and rewriting one of my old manuscripts about a young man who’s on the self-destructive path of addiction. To be honest, I’m not sure if I’ll publish it, or not. I think it’s a great story, but I write what the character drives me to write. They get so inside of me that I become them, and in this story, my main character, Dane, is a pretty big jerk. I’m just questioning whether a reader will be able to connect and love him with his many faults.

Besides that, the story contains descriptive drug use and other illegal activities. And Dane has a pretty foul mouth. In some ways I’m just a little embarrassed to have my name attached to that type of story. Don’t want to offend anyone. I’ve debated about taking out the cussing, but it just never feels right because of who he is.

Here’s a little taste of Dane’s attitude. (He overdosed the night before, scared the sense out of his sister and parents who do not know he uses, and he’s currently in the hospital. His doctor is speaking to him.)
(DR) " . . . and the tissue in your nose is being destroyed by whatever it is you snort all the time. What is it, cocain, meth?"

"I don’t snort anything." What did he think I was going to do, admit that shit to him? Bare my soul so that he could turn me in? No way!

"You’re only nineteen and you run an extremely high risk of having a severe stroke, a major heart attack, or maybe straight up heart failure the way you nearly had last night. Dane," he said in the most serious tone anyone had ever addressed me in. "Some people can use for twenty plus years and manage to survive, you aren’t one of them. You’re deterioration rate is much too high for that. If you don’t stop doing whatever it is you do, you’ll be dead in a year. Maybe less. I guarantee it."
His words didn’t alarm or scare me in any way. I honestly thought, oh what the hell do you know?
--If a fairy godmother told you your life could be like a favorite book for 24 hours, which book would you pick and why?

I’ve said this before and I’ll say it again, "not one of mine." I always end up creating issues that I certainly wouldn’t want to deal with, even for 24 hours. I’d have to look around and find a book about flowers and butterflies, and choose it.
--Do you need anything to write (music, coffee, etc)? Are there any songs on your playlist- songs that inspired you or that were playing while you wrote?

Quiet! It has to be very quiet when I write. I get so deep into my thoughts that it’s almost like I’m dreaming and if anything from the real world cuts in – well, there goes the thought or feeling I just had. Can’t snack on chips while I’m writing because of that obnoxious, crunch, crunch, crunch rattling past my own eardrums.

I do get a lot of inspiration from music, though. But I don’t listen to it while I’m actually writing. Usually I’ll put on the song, gather the vibes it’s omitting then shut it off and run for the computer.

--If you could have any superpower what would you choose?

I’d be a mind jumper. I’d want to be able to hop inside someone’s brain for a bit. I’m totally intrigued by what makes a person do what they do, think what they think, and say what they say. I’d like to have all the behind-the-scenes action. What makes you you? What thoughts, feelings and emotions govern all that you are, and do? I want to know the things that people can’t really bring to light through words. Those things that have to be felt, not heard, in order to truly understand.
--Besides writing, what do you like to do in your free time?

I’m a pretty big home-body. I love to just be home hanging out with my loved ones. I also like to garden, both flowers and vegetables. This year, thanks to some help from Youtube, I’ve been learning how to harvest the seeds from my flowers. I’m going to try to plant my own next year and see how it goes. With any luck I’ll never have to buy flower packs again.
--Is there anything else you want to add or say to your readers?

I just want to thank all the people that have taken the time to read my books and give me feedback. I’ve been writing since I was 13. I’m now 40 and until last year I’ve been too afraid and too embarrassed to even let people know I write. I decided to finally go for it and because of my kind readers and their honest remarks, I’ve not only improved on some of my writing faults, but my confidence has grown. I know I’m not even close to being the best writer in the world. And I know I’m far from perfect in many areas, but I’m very grateful to those who’ve overlooked that and enjoyed my books anyway.
Margaret Chatwin
Author
http://www.goodreads.com/author/show/5342646.Margaret_Chatwin
Posted by Amy Blackwelder at 1:01 PM