Falling Angels is out now! 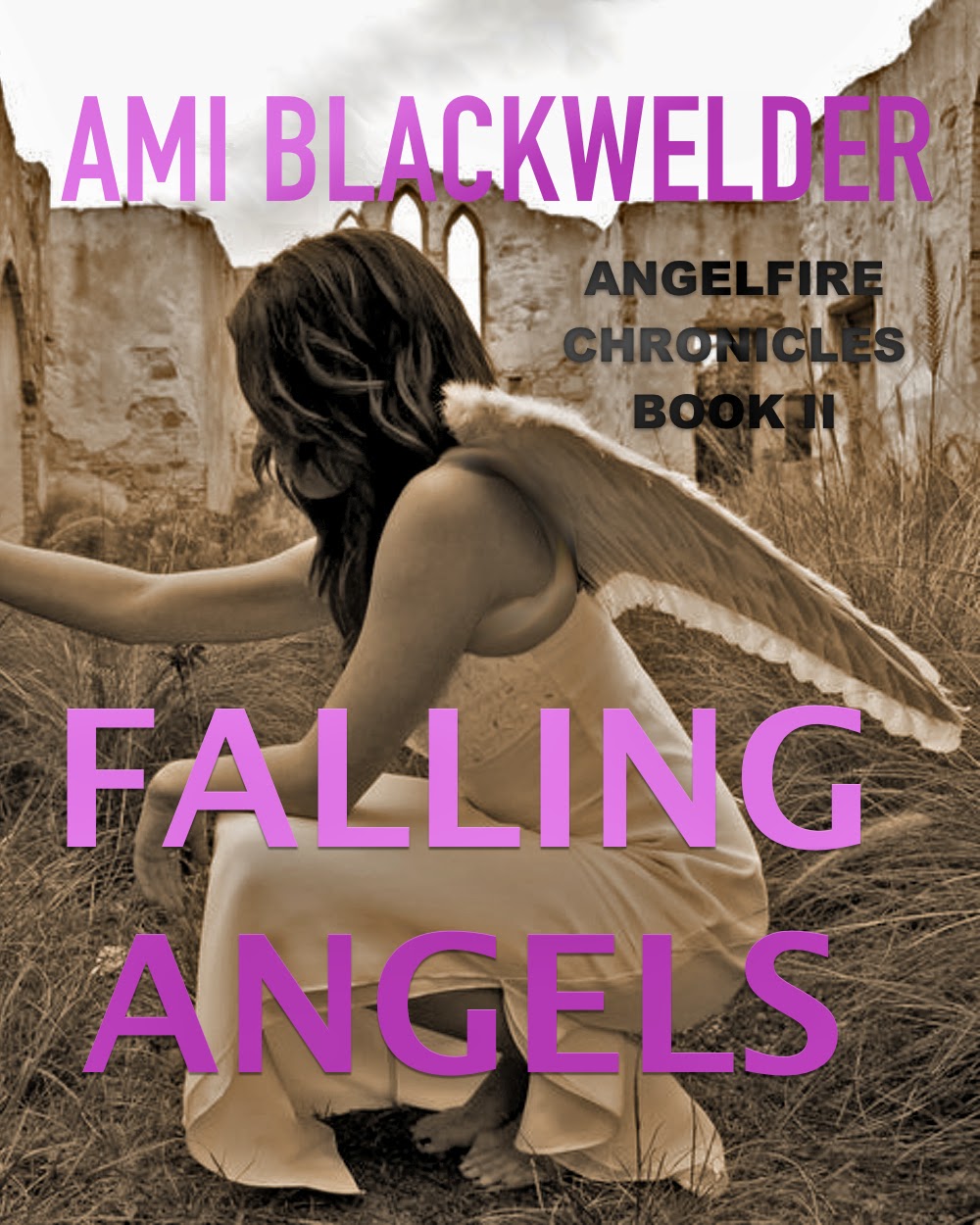 AngelFire Chronicles:
She Speaks to Angels- 1
Dumah's Demons- 1.5
Falling Angels- 2
Angel Codes -3
Enter a World Where Love Knows No Boundaries. A World Where Boundaries are Manipulated. A World Where Manipulation Might End Everything.
Summary:
The anticipated follow up book to She Speaks to Angels.
The stakes are raised after Ali Maney becomes Angelfire and Dameon would like nothing more than her death. Though Ali grows closer to Kian, they also find many differences that cause friction between them and after her best friends and brother are drawn into the angel wars, Ali will never look back until the war is over.
Reviews:
"I enjoyed this book. If you’re into angels then this is a series that you don’t want to miss. One thing I can say is that the characters are written well. I can truly believe that Ali and her friends are teenagers. Usually when I read a story it’s the characters and then the plot that draws my attention, but with Falling Angels it’s the plot that keeps drawing me back. I love the problems and objects that come in play that help move the plot along. I love the premise behind Angelfire and the idea of how we all have the ability to go dark within us. I love how demons come to be and even Dameon. For once the bad guys are actually really bad and we see just how evil they are. I can’t wait for the next book and to see Ali grow and mature. Read this series you won’t be disappointed." -Dennis Wilson

Posted by Amy Blackwelder at 6:34 AM