Why do you write the genre you write?
When I started writing it was young adult. For some reason I felt comfortable in that genre. Maybe it was because I never really wanted to grow up and I could lose myself in the magic and fantasy running rife in young adult.
Then I discovered I liked to write contemporary romance. Rural/western became my theme. Having grown up on farms surrounded by animals and wide open spaces I wrote about what I knew. I was the kid who was always out in the bush discovering new things or making friends in the shed with more baby animals than city kids could imagine.
It was the struggle of daily life on the land that also drew my interest. I could understand the angst that went with my characters as they fought to  make a life for themselves and their families because I've experienced most of those situations firsthand.
A comment from one of my editors led me to the other genre I write. "You write great sex." That threw me for six. Really? Oh wow, just wow. It was never intentional to put sex in my books, it just happened because the characters went that way. The story called for it and I wrote it. But the funniest thing was, I was so uncomfortable the first time I wrote a sex scene. I locked myself in the office and wrote it, walked out into the lounge and announced to my husband, "I feel like a voyeur."
Then I turned around, went back and wrote another scene. It's a genre I feel very comfortable with now and my erotic romance books are as easy for me to write as contemporary and young adult.
So, do you read across the genres or do you stick to just one? Maybe it's time to try something new.
Find me here: http://www.annbharrisonromance.com/
and here : https://www.facebook.com/annb.harrison.7 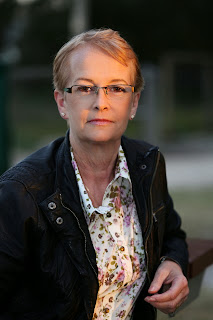