The Shifters of 2040 by Ami Blackwelder 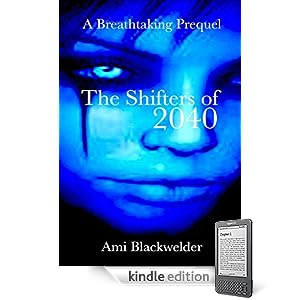 Set in Alaska in 2040, Melissa Marn and Bruce Wilder must work under the iron fist of the SCM, while still trying to maintain humanity. Discovering a world of shifters and hybrids, the scientists must struggle with human prejudice and betrayal. With the original ancestors, dubbed shifters, still living on earth, humans are in the midst of a fifteen year old war. As the eldest hybrids, Unseen and Diamond, learn about humans the hard way, with the loss of loved ones and sacrifices, love on planet earth proves challenging.

With underlining themes of how prejudice breaks human connections and animal/wildlife conservation, this novel which has received rave reviews that will leave the reader flipping through the pages.