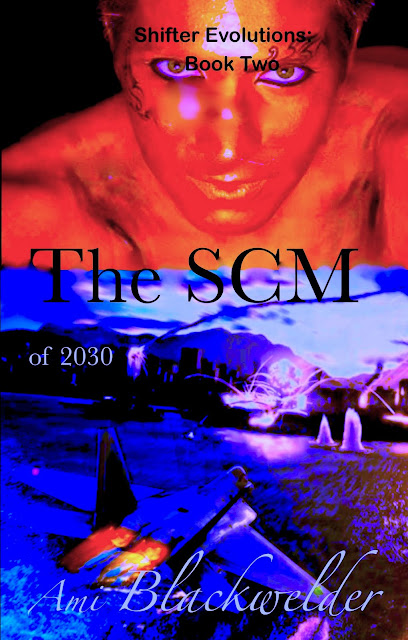 SCM is finished and will be printed and distributed within days! Her is the first chapter excerpt
"Reflections"
With careful precision, she lowered the delicate silver teacup between her forefinger and thumb to the fine mahogany table in front of her. Long brunette hair draped like a curtain about her. Never peeling the almond shaped, deep, chocolate eyes away from him, she bit into the croissant. Maroon lips parted with minuscule necessity. Glazing over her soft porcelain-like skin, his eyes touched her, invaded her space. But never with the hard callousness or coldness she had been told.
As he watched her, she remembered how five years prior she had been warned about his character from her peers, her protectors. Informed about his strict adherence to military law, his apathetic quality, and hatred for humanity. But when she watched him watching her, all the foreboding words vanished like a magic spell cast over them. He made her feel vulnerable, safe...cautious, wild.
When he extended his hand to hers, meeting midway on the table, she blushed.
“I have to be going soon. The...” he cleared his throat, uneasy to talk about such matters with someone of such fragile disposition, “military needs me.”
“Another mission?” Her big brown eyes widened.
“Yes.” He lifted her hand in his, clasping hers with such warmth, and security, she forgot for a moment who she was, who he was. “Shifters have been spotted in the Denali Wilderness. We’re going to send a convoy of soldiers to infiltrate the area and...” he stopped himself mid-sentence. The past five years together only strengthened their relationship, his trust in her. He afforded his companion more latitude than the military allowed and she had become privy to a few missions over the course of their union, yet, with her, he regarded the incidental disclosure without regret.
“I understand.” She lowered her eyes and then her head.
“But I will see you later tonight?” he emphasized as he rose from his chair. She grew silent. “Veena?” She nodded at the sound of her name and then lifted her head almost with force, curled her lips in a taut smile and drew in a fresh breath of the Alaskan air.
“You most definitely will, Major Raul.” She noted his rounded cheeks spotted with red from the cold. A finely combed mustache dressed his upper lip.
“Please, when we’re not on base, call me Carl.”
“Carl,” she whispered as he turned and left. The wind caught her words which floated after him.
Left alone, her head fell. Her eyes caught the silver teacup and she saw her reflection. Nothing and no one stood by to keep her heart from pounding, her head from throbbing, dizzy. To her, the sound of her heart beat like a loud tabla drum. Her head pulsed like a fist against a wall. And she could not pull herself away from her own reflection.
Posted by Amy Blackwelder at 3:04 PM