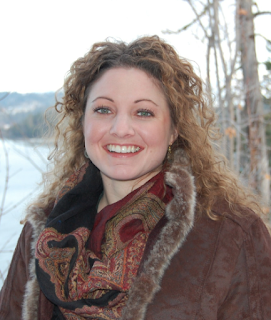 ‘McClintock was born on the west coast, but after less than eight years she left with her family to the Rocky Mountains. After more adventures around the country, business college and culinary school, McClintock found a place to call home in Montana.
"I've always loved books and spent more hours reading through school than any other activity. I wrote stories when I was younger and even tried my hand at a novel. It wasn't very good and I shelved the idea for years." She pulled the ideas off the shelf and began working on her first novel, Gallagher's Pride, the first in an historical series about a ranching family in Montana.
Over the years McClintock traveled the country and visited magnificent Scotland. She dreams of a time when life was simpler, the land rougher and the journey more rewarding. With her heart deeply rooted in the past and her mind always on adventure, McClintock still calls Montana home. McClintock is also the author of Alaina Claiborne, the first of her British Agent novels. She is currently at work on her next book.’
Title – Gallaher's Pride
Genre – Western Romance
Format – Print & Ebook
Website -http://www.mkmcclintock.com
Blog:http://mkmcclintock.blogspot.com
Email – mk@mcclintockmt.com
Purchase Links -
Amazon Print
Amazon Kindle 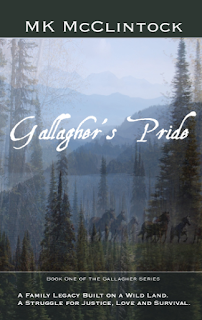