Mommy, but still me 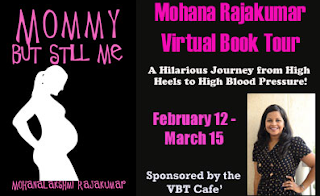 Mohana Rajakumar
Mohanalakshmi Rajakumar is a South Asian American who has lived in Qatar since 2005. Moving to the Arabian Desert was good in many ways since that is where she met her husband, had a baby, and made the transition from writing as a hobby to her full time gig. She has published three e-books this year including Mommy But Still Me, So You Want to Sell a Million Copies, and Coloured and Other Stories. Since she joined the e-book revolution, she dreams in plotlines.

Her work has also been published in AudioFile Magazine, Explore Qatar, Woman Today, The Woman, Writers and Artists Yearbook, QatarClick, and Qatar Explorer. She has been a guest on Expat Radio, and was the host for two seasons of the Cover to Cover book show on Qatar Foundation Radio. She was the Associate Editor of Vox, a fashion and lifestyle magazine.
Email – mohanalakshmi@hotmail.com
Website- www.mohanalakshmi.com
Title – Mommy but Still Me
Format – Ebook
Genre – Humor/Non-fiction
Purchase Links:
So You Want to Sell a Million Copies
Mommy But Still Me
Coloured and Other Stories
YouTube Channel - TheMohaDoha YouTube Channel
The modern woman's guide to switching from jet setter to incubator, MOMMY BUT STILL ME retells the story of a first time mother with humor and honesty. From sex with a purpose to ankles swelling into cankles, this is a no-holds barred look at the all the changes, big and small; from knowing "hipster" as a term that describes your generation to using it describe where you like to carry things.

Imagine a man volunteering to trade in his game nights for heart burn and back ache. Good thing there are women around to ensure the survival of the species. This hilarious look at the journey from high heels to high blood pressure, as a jet setter turns into a bed wetter, is what your doctor won't tell you and your own mother may have forgotten in the years since she was blessed by your arrival. 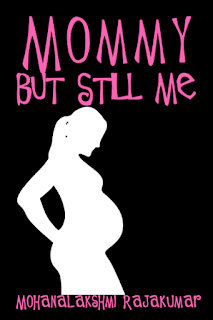 Posted by Amy Blackwelder at 12:06 PM

Labels: but still me, mohana rajakumar, time for mommy