Formats Available In: Digital and Print 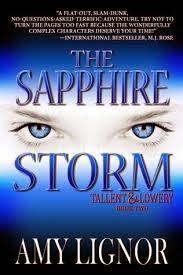 Blurb: After going up against a man who believed he was the Devil, himself, the beloved characters from 13 - Leah Tallent and Gareth Lowery - are beyond exhausted. Now they are about to embark on the most terrifying journey imaginable…a trip to meet Leah’s parents.

When Leah arrives where the ‘home fires burn,’ her sarcasm burns even brighter, while Gareth Lowery - the handsome adventurer - uses his charm to sway the ‘odd’ Tallent clan. But when a frightening call from Gareth’s sister arrives telling him that her love has disappeared, the daring duo is soon running away from one horrific situation directly into another. A new puzzle from the past has come to life. Following clues left behind, the courageous couple becomes embedded in a world filled with liars, killers and greed.

And when the riddle of a famous ‘Bard’ is solved, a strange woman appears who has far more in common with Leah than she can possibly imagine! The heart-stopping suspense of this new quest takes them from Coptic Cairo to the magical world of Petra, in search of a cave deep underground that once housed a true ‘Illuminator.’

Yet again, they must find the answers and stay one step ahead of true villains who are determined to make sure that – this time – Tallent & Lowery do not survive.

Nothing mattered now except getting to the end of his journey…

A thunderous crash from up above sent Emmanuel’s heart into overdrive. The harsh winds had apparently slammed shut the door of rock that’d been built to protect the Treasury.

As he reached through the barrier of sapphire light to grab the object in front of him, Emmanuel screamed in pain as his flesh began to sizzle. Immediately, he ripped his hand from the ball of pulsating light and watched the steam rise off his now blackened fingers. A pair of cold blue eyes appeared and sent an evil hiss into the room.

Emmanuel found himself in a state of shock as the illusion simply disappeared. Holding his breath as pinpricks of yellow light appeared through the sapphire glow, he was mesmerized; they looked like tiny suns trapped in an intense blue sky. The excruciating pain of his burned flesh was forgotten when words appeared before his eyes. On and off like a light switch, the golden names materialized and danced along the shaft of the ancient weapon.

“I need Gareth Lowery,” Emmanuel whispered; his voice sounded foreign to him in the suddenly terrifying room.

Harsh winds raced down the staircase and pelted Emmanuel with shards of ice. He covered his face, trying to stop the sleet from blinding him, as the large weapon suddenly sliced through the air and knocked Emmanuel to his knees.

The golden names flashed brighter and brighter—faster and faster—familiar names from an ancient world. A shrill bell pealed through the room and Emmanuel covered his ears, as the chamber began to shake and mounds of snow cascaded down the narrow staircase like a white waterfall; an avalanche that successfully cut off any chance he had of escape . . . or rescue.

The rod hit the ceiling of the chamber and then plummeted to the floor. Emmanuel winced, praying it wouldn’t snap in two as it crashed to the ground. But the object simply stopped its descent, taking its original place between the two famous men. The sapphire light immediately dimmed and Emmanuel raised his gaze to stare through the now soft, blue beam, recognizing the one and only name that was now etched in golden script at the top of the shaft.

Crawling over to the staircase that was now buried by snow, he peered into the small pipe that stuck out from the wall. Emmanuel felt the pulse of the sapphire light coming from the center of the room; it felt as if the object was breathing. And once again he stared at her name, woven like a golden signature into the sapphire rod.

Closing his eyes, Emmanuel shoved his burned, raw hand into the snow bank that now barred his way to freedom. As his fingers went numb, he thought about the woman with eyes the exact same color of the magical artifact, and hope beat inside Emmanuel’s chest. She was brilliant. After all, she was the one who found Gareth the missing pieces of the puzzle that’d led him straight to the gate. It had been her strength, courage and wisdom that’d carried them through the darkness of a maniac’s mind in order to survive the first time . . . Her!

As a picture of the lovely lady appeared in his mind, Emmanuel smiled. She’d figure it out. After all, there was no better choice than a brilliant librarian who never took the facts at face value to follow in the footsteps of Shakespeare.

Emmanuel put his mouth against the pipe and screamed, “Leah!”

The shout echoed through the ancient pipes, and Emmanuel closed his eyes. His insides grew numb as the air inside the chamber began to freeze his soul.

As the snowflakes around him turned blue, the chamber one again turned peaceful . . . reverent . . . quiet—what it must feel like right before someone dies. And as sleep overtook him, Emmanuel begged any and all ‘powers that be’ to help lead Leah Tallent safely through the sapphire storm.

Ms. Lignor penned another great novel that grabs you immediately and takes you on the ride of your life. In this sequel to the novel, 13, we find Leah Tallent and Gareth Lowery heading to Leah’s parents’ house in Connecticut for the Christmas holiday. This is the last place that Leah really wants to be right now, but Gareth is trying to convince her that it’ll only be for a few days. While kicking off the festivities, Gareth receives an unexpected call from his sister, Kathryn, and finds her hysterical on the other end of the phone. She says that her fiancé, Emmanuel, has gone off on some exhibition and he hasn’t called to check in with her. She feels that something is seriously wrong and fears that he could even be dead. Gareth explains his situation to the Tallent family and tells them that it’s a matter of life or death and unfortunately, he must leave. It’s at this moment Tallent & Lowery’s adventure truly begins. I loved this second story in the series and I’m eagerly looking forward to the next adventure. Ms. Lignor has a way of interweaving historical facts with legends and she adds just enough magic to make you devour the pages in record time. This sequel is a fantastic addition to this amazing series. I highly recommend it! – Night Owl Reviews “TOP PICK”
_____

“A flat-out, slam-dunk, no-questions-asked-terrific-adventure. Try not to turn the pages too fast because the wonderfully complex characters deserve your time! This is truly a magical story that had me in its thrall from the very first page. It’s so exciting to discover a new talent like Lignor and have more books to look forward to.”
—International Bestseller, M.J. Rose
_____

“Full of mystery, wrapped up in just enough historical fact to make it all seem so real, and with plenty of sizzle between the two main characters, “The Sapphire Storm” is a definite winner!” —Ellen Feld, The Feathered Quill
_____

“This masterfully told page turner is fresh, innovative, descriptive, and intense but I must warn you, prepare to stay up late because it’s not a story you can easily put down. I was blown away by Ms. Lignor’s knowledge and imagination and can’t wait to see what she comes up with next. I want more!!!!” —Cat Kalen, author of the RT’s ‘Top Pick’ Pride Series
_____

“After the brilliance of “13,” book one in the series, it would take a jewel to outshine it. Amy Lignor finds that jewel with “The Sapphire Storm.” It is a storm of brilliant writing and amazing characters. I cannot wait for the next installment of the Tallent & Lowery series. Encore!” —J.M. LeDuc, author of “Cursed Days”
_____

The daughter of a career librarian, Amy Lignor’s first love has always been books. She began her career in publishing as the Editor-in-Chief of Grey House Publishing. Working in the industry for twenty years, she is now the Owner/Operator of ‘The Write Companion’, an editorial house offering authors a range of services.

Appointed the Editor-in-Chief of a brand new traditional publisher–Hallowed Ink Press–Amy somehow finds the time to do it all while still putting out the most amazing series that has received every ‘Top Pick’ readers can think of!

Her popular YA Series: The Angel Chronicles (Until Next Time, Gilded Wings & A Privilege), introduced her to fans who now wait with bated breath for the next ‘Tallent & Lowery’ suspense/thriller to arrive. 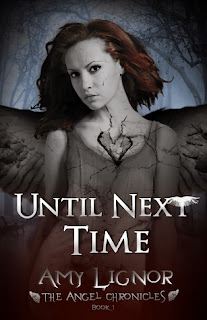 Check Out Amy Lignor’s HIT YA Series at:

Posted by Amy Blackwelder at 6:44 AM