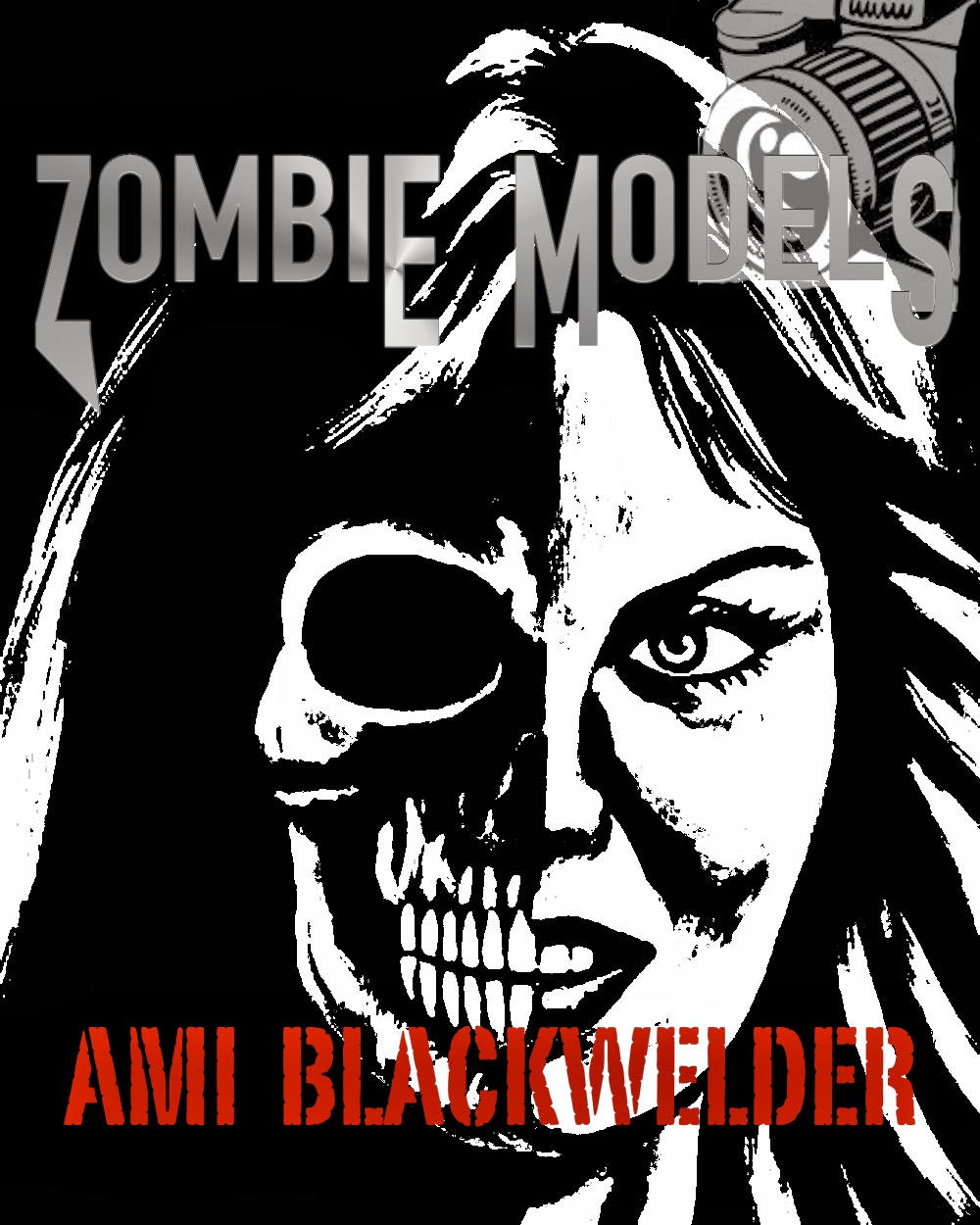 Zombie Models, It Led to the Runway

New York, in the not so distant future…

As quickly as they started, the tremors rocking Gloria’s body stopped and she pushed herself to her knees; her arms shaking in front of her.  Her fingers tingled and her normally smooth skin started flaking. Green mold traced her veins covering her body. Her mouth gaped in disbelief, her green eyes staring down at her arms. Something inside of her felt different, too.
She heard screeching beside her and realized it was coming from her friend Tammy, who they all called Tam Tam. Gloria covered her mouth and took a long, shaky breath. Her stomach rumbled and she heaved a few more times. With a start, she realized that the screaming had stopped and her friend yelled a question.
“What the hell happened to you?” Tam Tam dropped to her knees with a sway in her hands, she seemed torn between wanting to lift her friend up and fear of contagion.

Posted by Amy Blackwelder at 8:06 PM