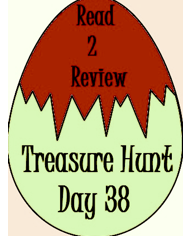 EASTER EGG R2R BLOG HOP
What you can win here?
Click the rafflecopter above for a chance at the New Release
SHE SPEAKS TO ANGELS!
Grand Prize? I’m giving away Books 1-5 of the Shifter Evolutions & I am giving away book 1-2 of my Elf Romance, The Gate of Lake Forest. Fans of Twilight will love it.
April 7th, The bunny has been leading you to Easter. You’ll probably need some carrot juice after all that blog hopping.

Here you go..........
When you’re done drinking the juice, scroll down to a place all about angels.
You will find the next hidden letter highlighted in YELLOW so that you can get the Grand Prize! But first, here is the map of the Blog Hop Stops so that you don’t loose your way to the next hop!
Avery Olive - March 2nd
Kid Lit Reviews - March 3rd
Keith Rommel - March 4th
Dina Rae - March 5th
Harrie Brooks - March 6th
Trisha Wilson – Author - March 7th
Tween and Teen Books - March 8th
Cassandra Carr – Hot Romance with Heart - March 9th
Lex Valentine, Author - March 10th
Empowered to Prosper - March 11th
jessINK - March 12th
Zenobia Renquist - March 13th
Danielle Gavan - March 14th
Philia Book Tours - March 15th
Bone Dressing - March 16th
Laura Braley - March 17th
Brewing Passion - March 18th
Lisa Bilbrey - March 19th
Under the Hat of MG and YA Fantasy Author Rebecca Ryals Russell - March 20th
Jen Wylie’s Blog - March 21st
JK Coi - March 22nd
Michele Richard - March 23rd
Adventure Unleashed - March 24th
Pandragon Dan - March 25th
Close Encounters with the Night Kind - March 26th
Elizabeth Lawrence - March 27th
Wendy Cartmell Author of the Sgt Major Crane Novels - March 28th
Sidney Bristol - March 29th
Suzanne Rock, Author - March 30th
Amber Skyze - March 31st
My World - April 1st
Sandra Bunino: Sweet. Sexy. Sensual. Romance - April 2nd
Cece reading and writing safari - April 3rd
Paper Crane Books - April 4th
Sarah Richmond–Take a Journey -April 5th
Renaissance Romance Publishing - April 6th
Ami Blackwelder’s Novels - April 7th
Read 2 Review - April 8th
Good luck to everyone who enters and lets have some fun.
For more information, please go to our host: http://read2review.com/events-reading-group/current-events/easter-egg-treasure-hunt/
ALL ABOUT ANGELS
E
I have always been fascinated by angels, from stories on television, to the Bible and other books, angels have been around for a long time . I’ve read a few angel stories too. But none of them have been what I wanted. None of them were as good as I thought they’d be. Most angel stories follow the cliche of a so-called ‘fallen angel’ whose storyline rips of scenes from the Bible.
I wanted something different, something mysterious.
I enjoy reading and writing YA and I also enjoy mysteries and thrillers. So, I decided to combine all three elements. YA. Angels. Thrillers. But how?
The Angel Angle:
I didn’t want the typical angel-boy falls for human girl and they live off their undying, forbidden love story. So, that is how my characters Dameon, Kian, Nathaniel, and Krysta were born. I wanted to keep the reader guessing as to who is the angel and who the main character Ali Maney will actually love. A certain level of unpredictability.
The YA Angle:
I wanted to tell a story a YA audience would enjoy and so wrote the story in first person. Ali Maney is the main character and we follow the story with her. A typical teenager at Millennium High School in NY,  the reader will be able to relate to her down-to-Earth personality. Her curiosity; however, is what draws her into this world of angels.
The Thriller Angle:
To have a thriller you have to have bad guys. So, naturally I picked the demons. Demons in my book can be various forms of fallen angels. Some demons are just angels that have fallen, but many of the demons are Were demons and fanged demons. Angels and demons have rules to follow and when they don’t they loose their angel wings, their angel gifts and powers...in their place are fangs or Were hair or simply having no power.
To add to this thrill, the main character and the readers do not know who to trust until by the middle of the book. This keeps the reader on their toes.
The Mystery Angle:
There is a suicide very early on, in the first chapter. This is the ongoing mystery through-out the novel until Ali Maney closes in on who the demons really are. This also invites a bit of thrill, and also keeps the intrigue going.
I think this is a story many YA will love, and in fact many adults will enjoy as well.
The novel is live April 6th on kindle exclusively. 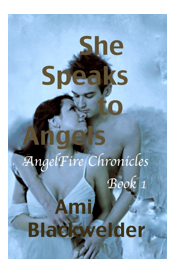