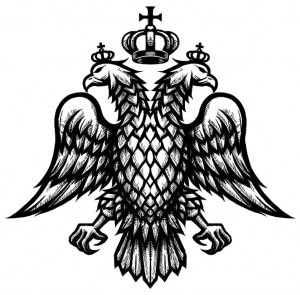 Alex's life right now is boring, and he knows it.

Sure the move to America was exciting: the train ride across Europe followed by the luxurious ten-day party that was the steamer crossing. But after unpacking last May, he settled into a monotonous regimen. He reads, wanders around the yard, rides his horse Bucephalus, or plays chess with tight-lipped Dmitri. In the evening or early morning Grandfather is more likely to be awake, but even when they do talk, the old man is usually distant and distracted.

So when he meets Sarah and her friends, the opportunity to talk to people who aren't servants or wheelchair-bound octogenarians is just too good to pass up. Besides, she's a girl, and a smart and beautiful one at that. Hell, if he was bound to a post and forced merely to watch her, he'd count the day well spent.

Then they find the body - and common as ordinary evil is, Alex knows better. Grandfather does to. It has to be one of them. One of those things. New world or not, wherever you go things stay the same. The old man insists Alex stay out of it.

But standing on the sidelines is no way to impress a girl.

A Big Giveaway for The Darkening Dream

This week, through June 29th, Author Andy Gavin is running a big giveaway to celebrate his 99 cent promo sale.

About The Darkening Dream

An ominous vision and the discovery of a gruesome corpse lead Sarah and her friends into a terrifying encounter with a fledgling vampire in 1913 Salem, Massachusetts. Eager to prove themselves, the young heroes set out to track the evil to its source, never guessing that they will take on a conspiracy involving not only a 900-year vampire but also a demon-loving Puritan warlock, disgruntled Egyptian gods, and an immortal sorcerer, all on a quest to recover the holy trumpet of the Archangel Gabriel. Relying on the wisdom of a Greek vampire hunter, Sarah's rabbi father, and her own disturbing visions, Sarah must fight a millennia-old battle between unspeakable forces, where the ultimate prize might be Sarah herself.

The critics love it

"A vampire novel with actual bite." ~The Kirkus Reviews

Get your 99 cent copy of The Darkening Dream today on Amazon only.

Andy Gavin is an unstoppable storyteller who studied for his Ph.D. at M.I.T. and founded video game developer Naughty Dog, Inc. at the age of fifteen, serving as co-president for two decades. There he created, produced, and directed over a dozen video games, including the award winning and best selling Crash Bandicoot and Jak & Daxter franchises, selling over 40 million units worldwide. He sleeps little, reads novels and histories, watches media obsessively, travels, and of course, writes. Find out more here.

Posted by Amy Blackwelder at 8:55 AM